Every year, over a hundred thousand people die of cancer and millions more get diagnosed. This means that humanity has a bone to pick with cancer, especially colon cancer. So when Ruff Ryders producer Jay “Icepick” Jackson died in 2017 of colon cancer at 44, his friends decided enough is enough.

Two years later, Jadakiss, Swizz Beatz, and Styles P have joined forces with a non-profit organization called FCancer. Its primary purpose is to raise cancer awareness and get more black people screened for early signs of colon cancer. The saying in this case could not be truer, ‘prevention is better than cure.’

FCancer specifically targets African-American men because they are more likely to die of colon cancer. Due to the nature of colon cancer, there is a stigma of not getting checked, which only makes the problem worse. The Ruff Ryders want to make the idea of colon cancer more mainstream so that people won’t feel embarrassed to get screened.

‘My goal’, explains Swizz, ‘is to make sure everyone knows the importance of screenings as a preventive measure.’

The PSA video does not adopt the traditional fear-mongering tone laden with statistics, because the message wouldn’t resonate with their audience. A spokesperson for the project reportedly said that black people dislike getting lectured about their health. So in order to create a more impactful message, they teamed up with Giant Spoon and Antonio McDonald, founder of KUAMP, a creative media agency.

In the one minute PSA video, the musicians gather around a juice stand and engage in a very natural conversation where they trade heartwarming stories about their late friend and urge each other to get a colonoscopy. Swizz Beatz describes how easy it is to get a colonoscopy which takes only ten minutes and is ‘easier than getting a tooth pulled’.

The spot is being aired on many screens including Major League Baseball, National Football League, the Chicago Bears, Oakland Raiders, Pittsburgh Steelers, and Washington Redskins among others. 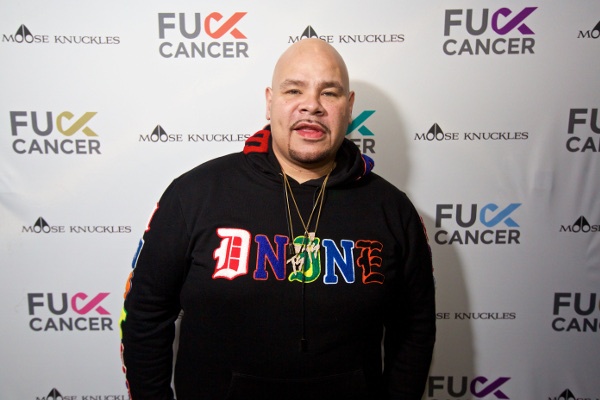 Despite being the fourth most commonly diagnosed cancer in the United States, colon cancer is easily one of the most preventable types of cancers. Data shows that the rates of colon cancer in African American communities are substantially higher than in other races. And the main factor has less to do with genes, and more to do with the environment.

Most people have tumultuous lifestyle involving a combination of factors such as poor diet, high rates of obesity, lack of exercise, and smoking which together unleash cancers of the gastrointestinal tract, particularly colon cancer. Most African Americans are likely to develop colon cancer at an early age and don’t get aware of it until they are at an advanced stage. When it comes to colon cancer, the sooner it is detected, the better.

Despite the concerning statistics, few African Americans are getting screened. This complicated social issue has less to do with lack of access in medically underserved areas, and more to do with lack of awareness, which the Ruff Ryders aim to solve.

You can check out FCancer by visiting their official website here.